Do what you love, even if you have no idea how. 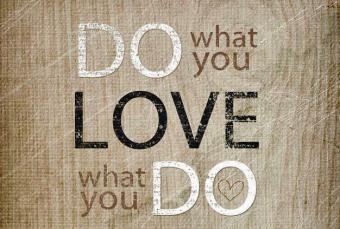 Life can sometimes be a ridiculous crazy ride where it seems like you’re blindfolded, going backwards and have no idea what the hell is happening.  Over the last 3 years I would say I have felt this way probably more than a few times.  I also believe that CrossFit has been, at least in part, the catalyst for this.  At one point, which seems like a lifetime ago, I was an engineer.  For 5 years I sat in an office for about 9.5 hours a day, staring at my computer watching videos of sewers for majority of the time.

Now before landing this mind numbing, yet well paying job, I was a lifelong athlete and gym rat.   I played sports all through school, and once I got out and got into the workforce all that competitive and team sport atmosphere just kind of faded.  I played rec soccer once a week but it still didn’t seem like it was enough.  Then a friend of my then girlfriend and now wife, happened to mention something called CrossFit.  Lucky for me there happened to be a gym not too far from where I was living at the time and I checked it out.  I took one class and then paid for 1 year up front.   Jam done, I was hooked.

The one thing I didn’t expect was how obsessive I got with training, the human body, recovery, food and all the other things involved.  When they started telling me about food and it flew in the face of what I knew at the time, I started wondering “jeez, what the hell else am I doing wrong?”  This lit an inextinguishable fire within me that eventually brought me to the realization that health and fitness is my calling.  That’s where I belong.  Not in front of a damn computer looking at sewer pipe.

I had 1 job for 5 years and once I decided to stop living someone else’s idea of what I should be doing, things got real crazy, real fast.  In the 3 years since I’ve had 4 jobs, none of which I thought were going to lead where I am now, but now that I look back they were all MASSIVELY important to how I got here.

I can’t even begin to tell you how scary and confusing it can be chasing your dream and really having no idea how to get there.  Especially when that dream is creating something or going against the grain.  The people I’ve surrounded myself with from friends to family are the reason I’m able to do what I do.  Creating my dream job is the greatest and hardest thing I’ve ever done and am still doing.  I thought I knew what people meant when they talk about the grind and how hard it is to build a business because I worked “hard” at my old job.  I had no idea.

I’m still scared and there is still so much unknown and uncertainty, but I have an amazing wife and family who support me.  I have amazing people going through this journey with me who are just as invested in its success as I am and with all that, things sometimes seems just a little bit easier.  Surround yourself with people who believe in you and do the things you love.  Don’t let other people or situations dictate what YOU should do with your life.  Take a chance, go through some nonsense, learn some lessons and find out what truly makes you happy.