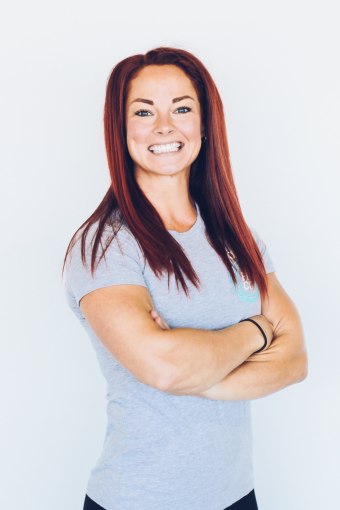 Ashley, one of two Owners here at Fit Collective St. Catharines, loves every second she gets to spend influencing, coaching and helping people change their life for the better every single day!

I started CrossFit in May 2012 and immediately fell in love with the crazy workouts! I thought I had been working out at a high level, until CrossFit proved me to be wrong, very wrong. As most people figure out - its very humbling.

Not only did I fall in love with the level of training, I fell in love with the community that I was welcomed into from the very first day. My first CrossFit workout was alongside an amazing lady named Wendy, a grandmother in her early 50’s, and to my other side was a Brock University student in her early 20’s - and we were all slugging away at the same things. Sweating, swearing and laughing every step of the way. Just another amazing thing I love about CrossFit - anyone can do it! Right away I knew this was something I wanted to engulf myself in, in every aspect.

Shortly after starting CrossFit, I started training competitively in hopes of making the Canada East Regionals.  Again, taking my training to another level, I fell deeper into the 'Kool-Aid' bucket.
Within 2012, I started coaching CrossFit as an intern and obtained my Level 1 CrossFit Certification. I also qualified for CrossFit Games Canada East Regionals and placed 18th overall in my first year (2013). Since then I have done several competitions and managed to qualify for the East Regionals in both 2015 and 2016.

Opening Fit Collective St. Catharines and building our amazing team was one of the best decisions I've ever made. Being able to bring together an incredible community unlike any other, helping people on a daily basis to realize their potential in ways they never thought possible and being able to do it while dancing, laughing and having a blast is something I wouldn’t trade for anything. Every single day I get to come to "work"... but its never work, its my passion and I love every second.