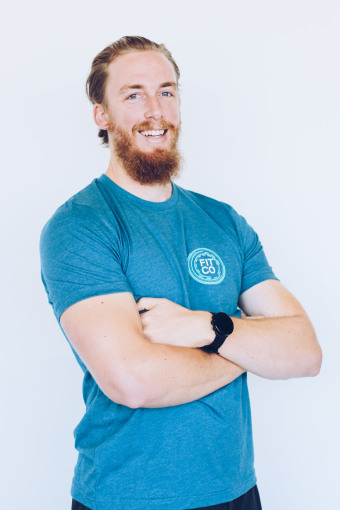 Tim is our Senior Coach and has been an avid part of our crew at Fit Collective St. Catharines. Tim has shown us admirable commitment and training during his years with us. He is a gentle giraffe, but will whip you into shape in no time!

Tim:
I was introduced to CrossFit in high school by one of my teachers. I went to St. Clair College in Windsor for 1 year where I played baseball until arm injuries forced me to stop playing competitively. I started my degree in Kinesiology at Brock University in 2012, but still had not decided what I wanted to do. But when I had my first official CrossFit class in January 2013, I knew this would be a new passion of mine.


My first workout was coached by Justin, and it left me lying on the floor. Originally my plan was only to try CrossFit for a month, then return to a traditional gym with some new skills. However, after that first workout I knew I was hooked, and I haven't looked back since.
The competitive atmosphere gave me back something I had been missing and definitely needed since baseball. This, along with the amazing community that is CrossFit, kept me coming back for more. In the fall of 2013 I joined the Fit Collective St. Catharines Competitive team, and a few months later I began interning with the trainers.

My athletic background revolves mostly around baseball and other high school sports. In high school I played for the basketball and baseball teams, and was also a part of the track team for my junior years. My main sport has always been baseball in which I started playing when I was five years old and still play on a senior team. I was fortunate enough to be a part of two OBA championship teams, OFSSA finalists, and played at the Junior A level for three years, before going off to college. My passion for baseball gave me the opportunity to help coach for younger teams as well. I've used this experience to assist in my ability to be an effective coach at this box. I hope to use my passion for crossfit to help everyone grow theirs as well!